The Signature of Beautiful Fabrics

How does one even begin to write about fabrics that have been described as so magnificent that they transcend all earthly description?  Or have been found so mystifying that when these world-renowned textiles were first produced, unfounded rumors of magic and sorcery about their creator, Mariano Fortuny, began to circulate? It is not easy (there is a reason I became a decorator and not a writer), however, my love for these exquisite and unparalleled textiles has inspired me to attempt the impossible….

Mariano Fortuny y Madrazo (1871-1949) was one of the great creative minds of the early 20th Century and was celebrated by his contemporaries as the last Renaissance man. Before opening the famed Fortuny fabric house, Mariano had established himself as a gifted painter, etcher, sculptor, photographer, inventor and fashion designer.  In 1910, he patented his secret printing process based on the ancient techniques of the masters; applying and building up colors and metallics on cotton, creating fabrics with vibrant variations of shading and color, and achieving a stunning illusion of richness and depth. This unique and highly secretive process remains intact today; produced in the original factory on the Island of Guidecca in Italy, using the same machines and methods implemented by Mariano Fortuny himself nearly a century ago! 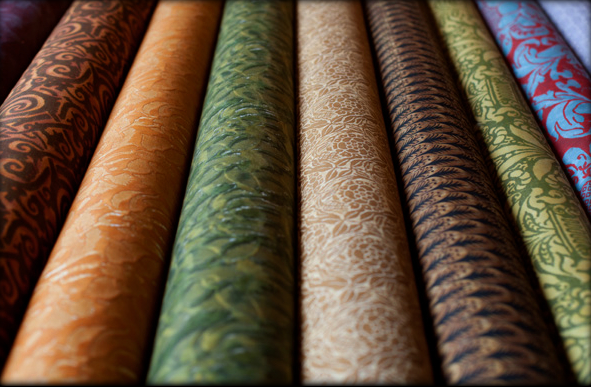 I simply adore the variety and beauty of the Fortuny designs which are influenced by cultures around the world: Renaissance Europe, Byzantine Greece, and exhibiting Art Nouveau, Celtic, Persian and Moroccan motifs. Even better, every Fortuny fabric is entirely unique and nearly impossible to replicate – making each one truly a work of art in its own right.  Of course, there is a price tag to match these manifestations of pure artistic genius but in my dreams I live in a house where a new Fortuny fabric is always waiting to greet you around every corner. Like all great works of art, the pictures can never do justice to this beautiful, unique, hand-printed fabric with enduring appeal but I have a feeling you will at least get the idea… Enjoy!!! 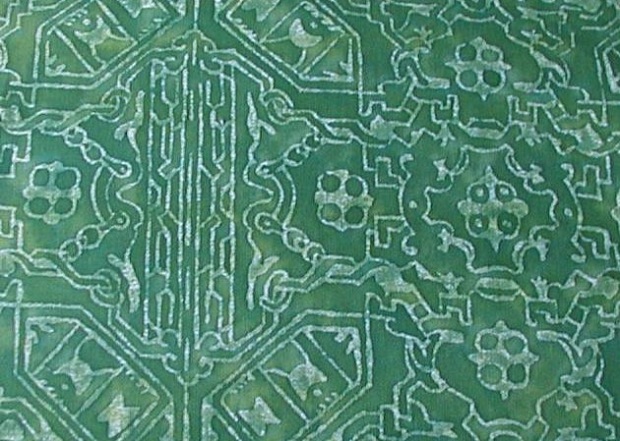 Moresco – Green and Warm White Back Side.  *** One of the great features of Fortuny fabrics is the reverse is often as or more beautiful than the front of the fabric. 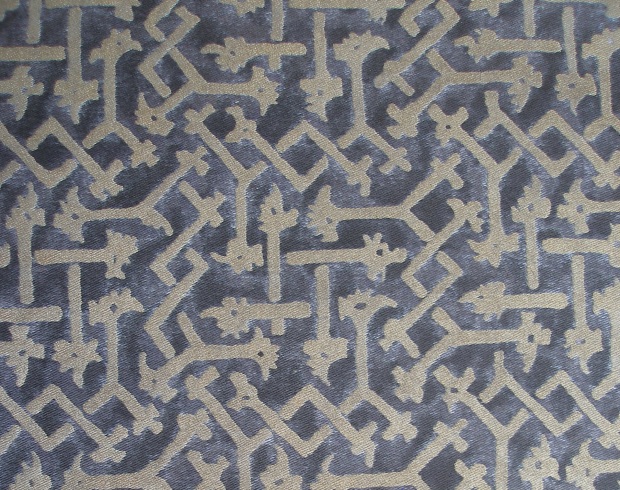 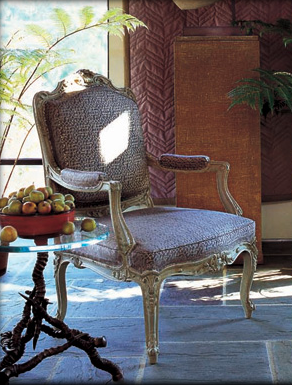 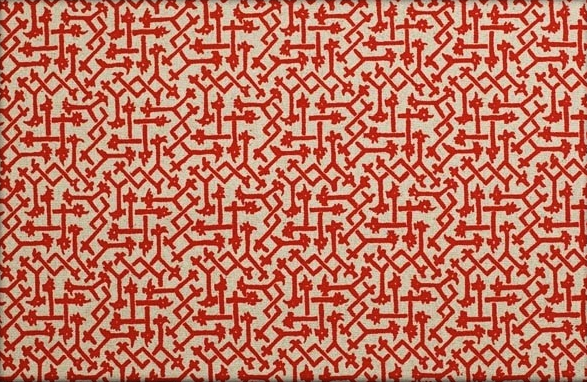 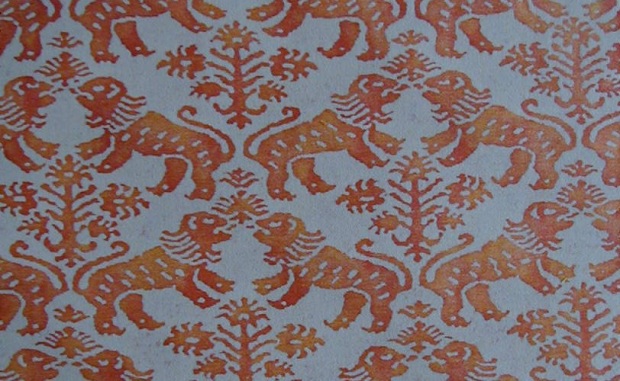 Tapa – Sulphur Green and White with Stripe Back Side

Barry Dixon Chair in Peruviano in White and Silvery Gold 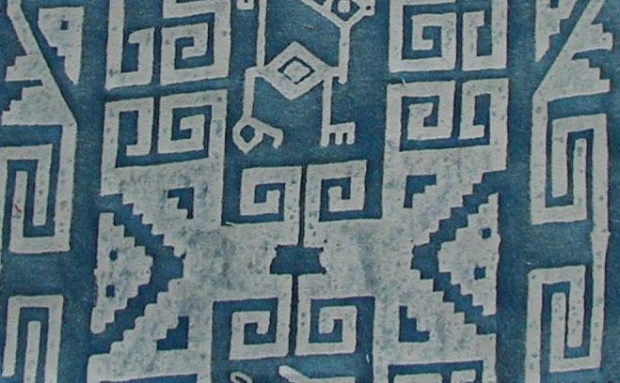 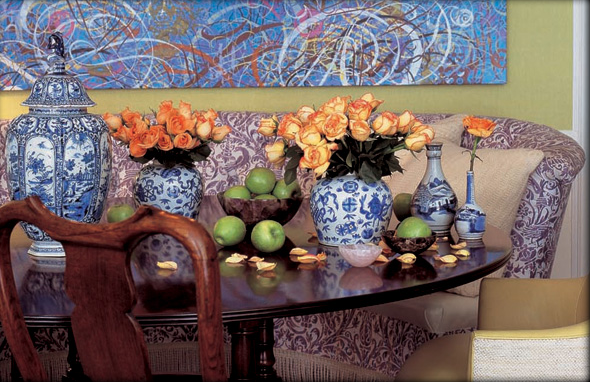 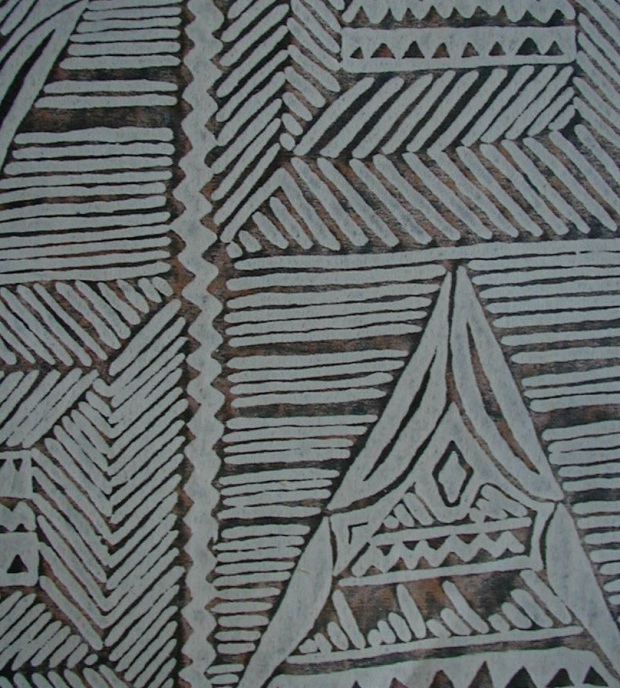 Interior of the “Brick House” Opposite the Glass House in New Canaan. Designed by Phillip Johnson. 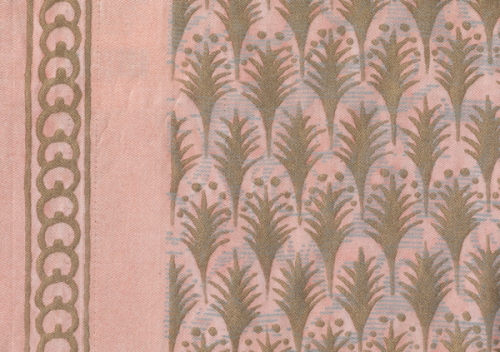 Walls above Upholstered in Piumette in Pink, Aquamarine and Gold 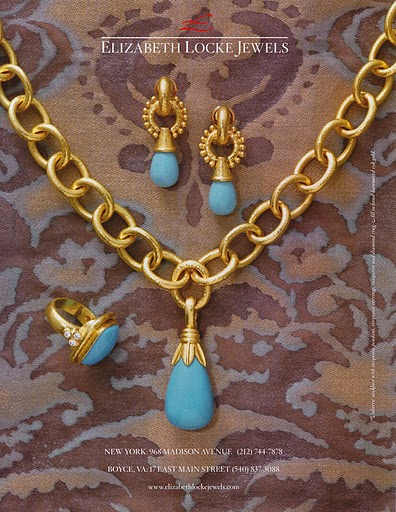